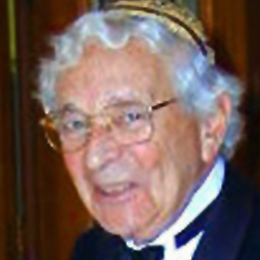 Many Rabbinic careers begin with an itinerary period. A newly ordained rabbi may start his professional life by serving a small congregation, or even a series of congregations, until he finds, or is found by, the community that offers the prospect of tenure and mutual satisfaction.

Fortunately, I was spared this introductory phase of the rabbinate. My first position was my only one. My wandering from place to place, geographically and culturally, was finished when the First Hebrew Roumanian Congregation Adath Israel, a.k.a. the Rumanishe Shul, selected me as their Rabbi in 1947.

I was then 27 years old. After 5 years of study, I had been ordained by the eminent scholar Rabbi Abraham Price at the Toronto Yeshiva Torath Chaim. I had successfully studied Semitic Languages and Literature at the University of Toronto and had earned a B.A. degree, soon to be followed by an M.A. I had married Montreal-born Laura Saxe and had become the father of our first born son –two daughters were yet to follow.

Yet I had already experienced the upheavals of the Jewish destiny in the 20th century.

I had been born in Cologne, Germany. I had a wonderful loving Jewish family. With my older brother and younger sister, I was raised by parents who taught me ethical values and personal responsibility. Six weeks before my Bar Mitzvah, the Nazi Party took over the German government. Jewish citizens were reduced to a persecuted minority. Nevertheless I had the benefit of a general and Jewish education: I was able to finish High School and to continue my Jewish studies at the Jewish Seminary in Wuerzburg, in southern Germany. It was but a brief respite before the “Kristallnacht” in November 1938 crushed all institutions of Jewish life. After surviving the night of deathly horror, I was imprisoned and incarcerated in the notorious Dachau Concentration Camp. I was 18 years old.

Released eventually, and desperate to get out of Germany, I was able to find refuge in Britain as a student at a Yeshiva in London. But once more, my studies were abruptly suspended. Britain was at war with Germany. Thousands of Jewish refugees from Germany were deemed security risks and interned in prison camps. I was among those internees –mostly male, young and not married– who were shipped to Canada to be interned as enemy aliens for the duration of the war.

At long last, in February 1942, through the efforts of Rabbi Price, supported by the Canadian Jewish Congress, I was liberated to continue studies in Toronto at the Yeshiva Torath Chaim and at the University of Toronto.

My years of travel were over. In retrospect, my adversities were part of my education. Persecution, prison, concentration camp, internment, poverty, destitution and hardship matured me. My experiences gave me new insights into the human capacity for good and evil, endurance and despair, and deeper appreciation of freedom and justice.

Thus prepared, I started my rabbinate. The Congregation was small; but the members –about 190 families– loved their modest Shul on Bathurst Street, just north of College. Their enthusiasm, and the magnetic dedication of lay leaders, enabled us to grow and to build a new Synagogue in North York. At a festive celebration of the 25th anniversary my rabbinate, the Congregation honoured me by naming a new wing of our building as the Rabbi Erwin Schild Wing.

I retired in 1989 after 42 years. Our membership had grown to 1,900. It was time to accept the honourific title of Rabbi Emeritus.

What does a Rabbi Emeritus do?

Some Rabbis enjoy retirement by moving to Israel or to Florida. That was not our choice.  My home remains Toronto where I did my work, where Laura, of blessed memory, and I founded our family, where our children, with many of our grandchildren and great-grandchildren live, and where I can enjoy my Congregation and, if I wish, worry about it. Retirement relieves me from responsibility, but it deprives me of authority as well. I still have some influence and I will occasionally use it.

I feel I still belong. I am deeply grateful for some of the awards that were granted to me for my efforts: the Order of Canada, the Order of Merit Officers’ Class of the Federal Republic of Germany, the Gold Medal for Peace through Dialogue of the International Council of Christians and Jews, and the Honourary Doctorate of Philosophy of the University of Osnabrueck in Germany.

My retirement enabled me to write four books, published by Adath Israel:

And as Rabbi Emeritus, I may still bless you who looked at our website. We had none when I started.